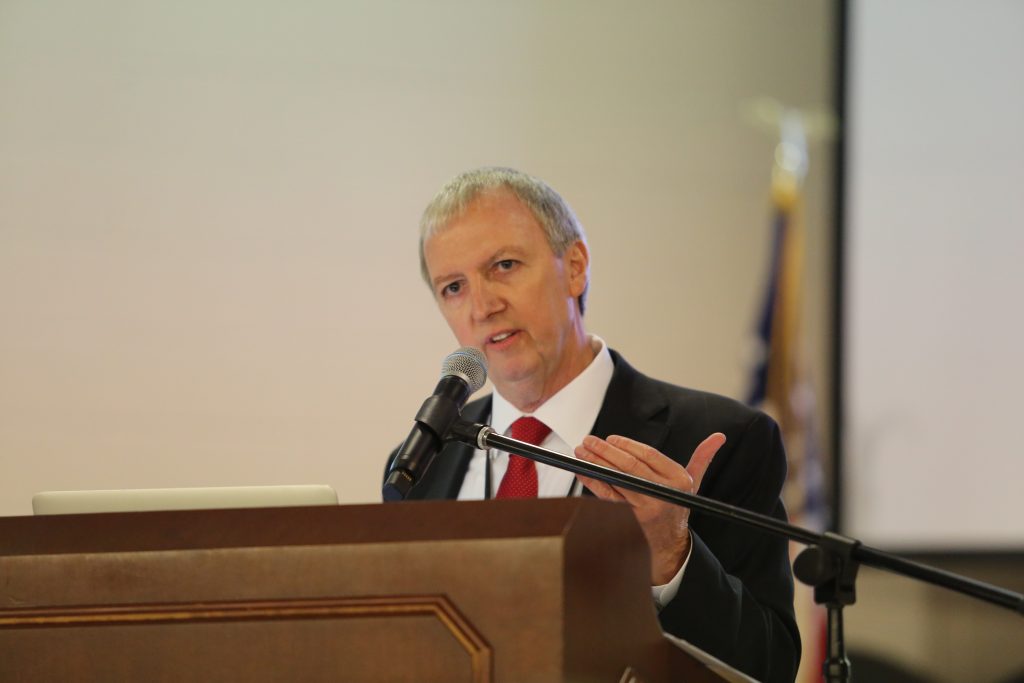 The public announcement of Dr. Thacker’s recognition will be made at P-H-M Education Foundation’s annual Superintendent’s Luncheon to be held Tuesday, October 17.

This is the second time Dr. Thacker has received this prestigious honor from his IAPSS peers; the first time was in 2013. He was also named Indiana Superintendent of the Year in 2012 and received the Sagamore of the Wabash in 2014—Indiana’s highest award—from then Governor Mike Pence. He has also been recognized as Alumnus of the Year from both IUSB and Bethel College.

Dr. Jerry Thacker began his career in education in Penn-Harris-Madison School Corporation as a 6th grade teacher at Madison Elementary School. Having filled a variety of leadership roles at districts across Indiana and Michigan, in July 2006 he returned to the P-H-M schools to serve as superintendent. Under Dr. Thacker’s leadership, the Indiana Department of Education has consistently named P-H-M an “A” Rated School District. The School Corporation now ranks in the state’s top 4% of public school districts with nine Four Star Schools.